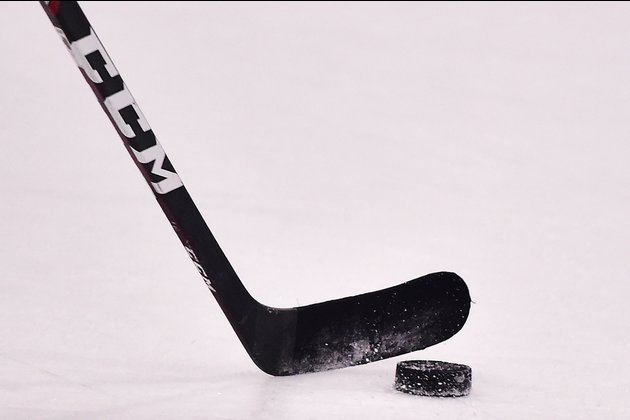 The American Hockey League banned San Jose Barracuda forward Krystof Hrabik for 30 games Friday in response to a racist gesture he made toward a Black player during a game.

ESPN reported that Hrabik taunted Tucson's Boko Imama, who is Black, by imitating the movements of a monkey.

Hrabik is allowed to apply for early reinstatement as soon as March 12, at which time he will have missed just 21 games. Hrabik will be required to work with the NHL Player Inclusion Committee on "necessary education and training."

"The AHL stands with Boko Imama," AHL president and CEO Scott Howson said in a statement. "It is unfair that any player should be subjected to comments or gestures based on their race; they should be judged only on their ability to perform as a player on the ice, as a teammate in the locker room and as a member of their community."

Per ESPN, Imama has been the target of racism before. In 2020, Brandon Manning, at the time a defenseman for the Bakersfield Condors, was suspended five games for using a racial slur toward Imama.